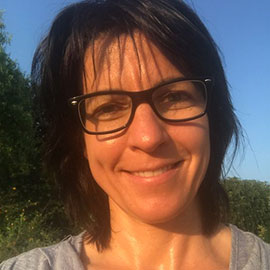 Susanne is the founder and managing director of all retreats. She began to meditate in 1992, worked in managing positions and has been the co-director of a meditation land center in France.


After being a sales-manager for an international company, Susanne decided in 2003 to become the Co-Director of the meditation land center “Dechen Chöling” in France. During that time she had the wish to create a space for young people to be introduced to meditation while sharing and enjoying life with each other. After her time in France, Susanne moved back to Germany in 2007. She worked as a co-director of Hotel Schloss Heinsheim where the first youth retreat took place. Susanne is currently working in different administrative positions while raising her son Niels.

“There is nothing better I have done in my life than sharing the gift of having been introduced to meditation and it´s effects in daily life – while enjoying the time we have together.”